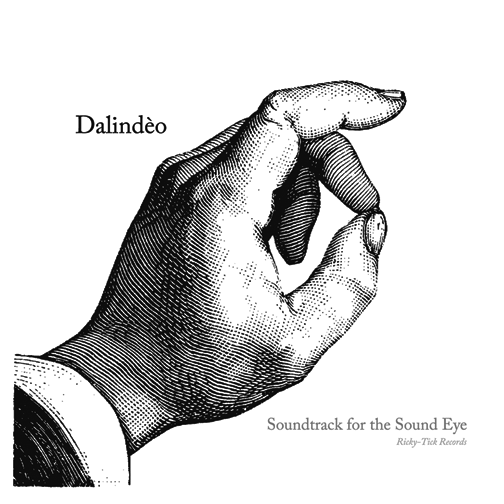 Hot on the heels of their successful 2009 single releases, Dalindèo deliver their eagerly awaited second full-lenght album, “Soundtrack for the Sound Eye”, available on Ricky-Tick Records in January 2010. Moving towards a more cinematic sphere of sound, the Helsinki-based sextet proves that they are ready to match the high expectations brought up by their previous releases.

Dalindèo is a Finnish jazz sextet led by composer-guitarist Valtteri Pöyhönen. An integral part of the Ricky-Tick roster since 2004, the group has released one LP and four singles on the label prior to record number two. A favourite of jazz DJs and aficionados alike, Dalindèo aims at keeping the original spirit of jazz alive with a heavy emphasis on danceable rhythms, characteristic melodies and the craftsmanship of the ensemble’s top-notch musicians.

Forging their personal blend of acoustic dancefloor jazz aesthethics à la Ellington, the soundtrack flavour of the likes of Henry Mancini, and Valtteri Pöyhönen’s compositional savvy, Dalindèo’s sonic palette is full of nuances that make up for one of the most intriguing draws in the contemporary jazz circuit. The new Dalindèo LP has been produced by the band’s mastermind Pöyhönen, which marks a successful expansion in the leader’s role. Effortlessly mood-hopping while staying true to their primary colours, Dalindèo could easily live up for the tag “crossover” were it not for the terms overtly generalising quality. Thus, “cinematic jazz” would be a more fitting label under which to file Dalindèo circa 2010.

On board on the new Dalindèo trip is their Berlin-based guest vocalist Bajka. With her immediately recognisable, smoky voice and street-smart spiritual poetry, Bajka adds a whole new dimension in the band’s sound on the soulful tracks ‘Willpower’ and ‘New Creation’. Having already garnered extensive support from the scene’s top tastemakers, both cuts look to be central entities in the Dalindèo catalogue at large.

The high-octane opener ‘Lights, Camera, Action!’, the solid EP groover ‘Vintage Voyage’, and the delicate ‘Words Unspoken’ are just few examples of Dalindèo’s range and prowess in both songwriting and performance. The group’s sought-after Finnish jazzmen Petri Puolitaival (sax & flute), Jose Mäenpää (trumpet), Pekka Lehti (bass), Jaska Lukkarinen (drums), and Rasmus Pailos (percussion) feature in the band alongside Valtteri Pöyhönen keeping the sound solid like clockwork, with just the right amount of roughness around the edges. The main man himself is busy on the guitar and wurlitzer on the album, bringing his noteworthy instrumentation to the fore especially on tracks such ‘Take Cover!’ and ‘Two Down, One to Go’. In addition to the core band, the album features additional instrumentation in the extended horn section plus classical percussion, thus making the sound intoxicatingly rich in texture.

An imagined soundtrack not directly linked to any one context or location, the 13-track strong “Soundtrack for the Sound Eye” comes across as a remarkable collection of intensive moods with an astonishingly wide range. The band’s multi-layered soundscape hints at afrobeat, soul, Balkan flavours and even desert blues, while still keeping true to composer Pöyhönen’s search for the group’s own and constantly evolving brand of postmodern jazz in the 21st century.

As the new year kicks into gear, Dalindèo are back with vengeange. “Soundtrack for the Sound Eye” proves that the band has got novel ideas galore and the musical muscle to deliver them to the public lending an ear to the group’s distinctively visual approach to contemporary jazz. The bottom line is that Dalindèo swings like they mean business. And business is indeed what they mean.

dalindeo, Soundtrack for the Sound Eye